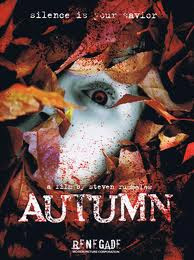 This is not like any other zombie novel that I have read. Most have been written by Americans, whom have a completely different rhythm to their story telling than the British. This story is also different from other zombie tales because of  the time and manner in which the zombies become an issue.

The story begins with the majority of the population on earth dying suddenly, within the space of twenty four hours. The scattered survivors are brought together by one man blaring music from a community center near a major thoroughfare. Most of the survivors want to stay at the center, while a few decide it would be better to head into the country. The survivors that wish to leave do not feel safe surrounded by all the dead bodies because of the chance of disease and the inability to procure supplies easily. After a few days at the community center, some of the corpses begin to get up and move about aimlessly. This is when the three survivors that are planning on leaving are galvanized into action. Our main characters that head for the country are Emma (a medical student), Michael, and Carl. They then search for a home base, they find a farmhouse far from the city and begin to lay in supplies. A few days after that the walking dead begin to seem more aware and show signs of aggression. The survivors then begin to build a defensive wall.

I look forward to reading further in the series, but first I'm going to explore H.P. Lovecraft. Good reading, all.
Posted by Harpy Queen at 3:53 PM

Welcome to my blog. I'm a native Texan, but in my heart I'm a Minnesotan. I am a wife, a mom, and a teacher. I hope you enjoy my arts and crafts, book and movie reviews, and random ramblings. Please feel free to leave comments and pass on the site to your friends, whether you love something or hate it.

All my best wishes. Enjoy cyberspace.